How ABOUT a little more...

Comics changed EVERYTHING.  I hated reading as a child.  Like seriously, HATED it.  I didn't have any deficiencies or real difficulty reading, my struggle was in caring about the material I was tasked to slough through.  But, all that changed when I caught a newscast announcement that Superman was going to die.  With those words, lightning struck and I was forever changed.   But even more than that, I was lucky.  My mom just wanted me to show that I COULD read, so any fare would do.  In a time when comics were barely regarded as art, let alone literature, her immediate acceptance of my new found love, meant that a healthy batch of comics COULD BE delivered, anytime she felt I SHOULD BE reading (which was literally all the time).

My father, then a 6'1", stocky, diehard sports aficionado, revealed that my scrawny frame was inherited from him -- (he too was a bit of a nerd, albeit a pretty cool one; he would skip French class to hustle chess players for money...I think), who would venture through the works of Stan [Lee] and Jack [Kirby], arguing with his brothers (he had SIX) about who would win in a fight: Black Bolt, Thor, or the Silver Surfer.  My sudden explosion into the world of four-color heroes, gave he and I a new and lasting common ground.  We would frequent flea market dealers, so I could get a taste for the books of HIS youth, while still stacking up on the new releases of mine.

With the curtain pulled back, I found out that not only had various members of my family been long time fans of comics, a few of them dallied in the arts.  My Uncles Bo, Byron, and Mark (the latter was mentioned in the video), were some of my FIRST art teachers.  My Aunt Nikki (RIP), a true QUEEN of pop culture, helped me build my acumen and appreciation of story-arcs, from The Dark Knight Returns to The Dark Phoenix Saga.  My Aunt Carolyn, an interior designer, GAVE ME a draftsman table that was so big, I couldn't touch the top of it until I was a teenager (it still stands tall in my studio, some quarter century later).

Like I said, I was lucky.  Not JUST for the family acceptance, but the timing too: Tim Burton's Batman, Lee and Claremont's  X-men #1, the Spider-man cartoon, the Image Comics phenomenon,  afternoons with Darkwing Duck and TMNT, and Wizard Magazine all launched around the same time.  I was bathed in comic booky goodness.  I found friends who loved comics as much as I did: Jason and Danny, LaShawn and VerShawn, daring even back then to create a few **cough -- "original" -- cough** characters between bouts of video games, homework, and early crushes.

Comics gave me a path; a purpose.  They carried me through grade school and vocational studies.  Through a bit of college and into the workforce.  Without them, I wouldn't be who I am today --  one of the best writers of the generation (maybe?), the Hardest Working Man in Comics (definitely!), and one of the lucky few who gets to wake up every morning and do what he loves (truly).

To a huge degree, you know where my fandom for comics started and you know why Vantage:Inhouse exists.  If there's anything else you wanna know, I hope you ask.  My inbox is always open... 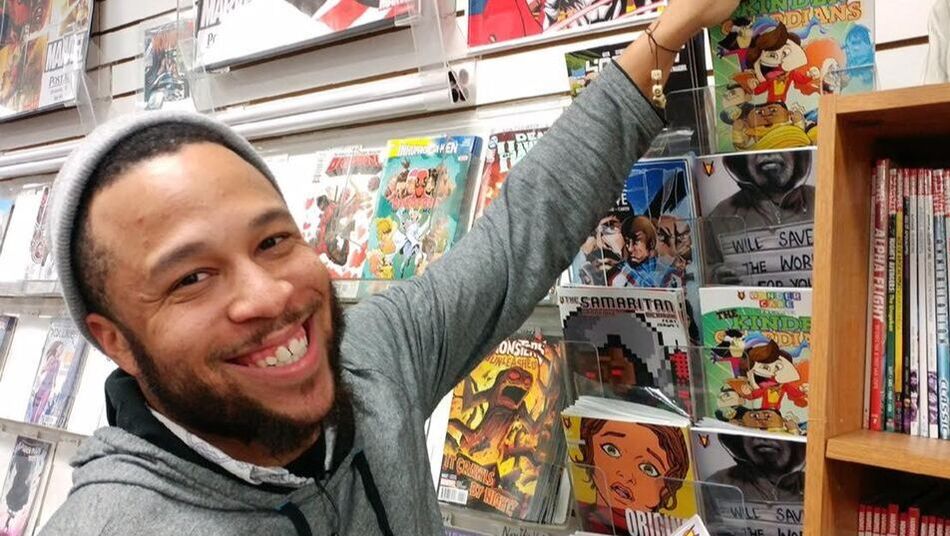